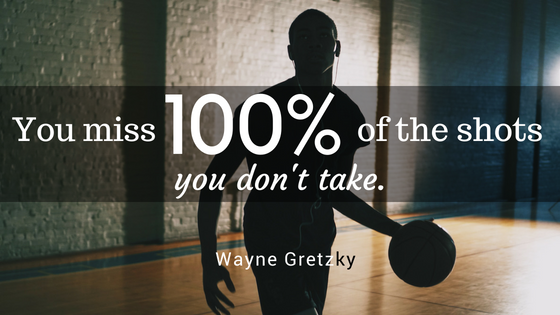 Do you fail forward? Or do you fail by never showing up?

The only way to avoid it is to stop trying altogether, but even then, your failure to try is the deepest form of failure. So, like taxes and death, failure is a certainty of life. This shouldn’t lead you to discouragement, it should give you hope. We all fail and you will too, but you can turn your failures into success if you follow a few key failure-management skills.

Everyone fails. What sets people apart is their ability to rise from the failure, learn the lessons taught by the experience, and implement changes so that the same failure doesn’t happen again.

Unfortunately, our society puts so much value on the “wins” that we often aren’t taught to expect failure and learn from it. We are taught, instead, to let failure define us. Why would you want to do THAT?

Michael Jordan, arguably one of the best and most famous basketball players in existence didn’t let his failure of not making his high school’s varsity basketball team define him. Go ahead and let that sink in for a moment. Michael Jordan didn’t make his high school varsity basketball team. If he had been so afraid of continued failure that he stopped pursuing his passion, the world wouldn’t know his name and I wouldn’t be buying his sneakers for my kids.

There’s an awful notion that unless you show immediate merit in something and are glorified as an “overnight success,” then you’re just determined to be mediocre. I wish you could hear the sound of my brain exploding at this ridiculousness.

The only way you are going to get good at things, even with training and education, is to DO the thing you want to get good at. And if you’re just starting out, you can expect failures. Yes, expect them.

Fail early and fail small so that you’ll learn big!

But HOW do you fail forward and be a person of persistence to assure that your failures work for you and not against you?

Like I said, failure is a part of success. You’ve probably heard that Thomas Edison made 1,000 unsuccessful attempts at inventing the light bulb. When a reporter asked him, “How did it feel to fail 1,000 times?” Edison replied, “I didn’t fail 1,000 times. The light bulb was an invention with 1,000 steps.” He simply found 1,000 ways it didn’t work, all of which lead him to the one way that did.

Albert Einstein did not speak until he was 4-years-old and didn’t learn to read until he was seven. One of his teachers described him as “mentally slow, unsociable, and adrift forever in foolish dreams.” He was expelled from school and was refused admittance to several other schools in his youth. But we don’t remember him for his failures, do we?

When Lucille Ball began studying to be an actress in 1927, she was told by the head instructor of the John Murray Anderson Drama School to “Try any other profession.” Aren’t we glad she didn’t listen?

Instead of taking these “failures” at face value, these famous people (and millions more in this world) refused to be defined by their failures. They expected them and moved forward anyway, creating their own destiny.

If you’ve tried something and the only thing you can say is “it didn’t work out for me,” then perhaps your true failure was in failing to persevere.

Given enough space, you can step back from a failure and evaluate what part you had in the outcome. This doesn’t mean you need to be critical or abusive to yourself, but instead, you should look at the situation in honesty.

In order to move forward from a failure, learn from the lesson, and eventually turn it into a success, you must first take accountability for your role in the outcome. If you spent several months on a fix and flip project and walked away without a profit, you need to evaluate the project.

I’ve seen many situations like this, and there’s no reason to walk away from your goals. Simply understand what role you had in the downfall of the project and change your behavior. And if you’re struggling to find what you did wrong, there are options for you to work directly with professionals to identify and correct any issues that lead toward profit loss.

…then apply it. If you have someone on your side (like a coach or mentor) who can provide honest feedback on previous jobs and on the work as you do it (correcting small problems that arise so that they don’t turn an entire project into a failure), then you can immediately apply what you learn.

Even with education, we all have blind spots that are easy for seasoned professional to see. Why not take advantage of having someone on your side? If you let others help you sharpen your craft, you will bounce back from failures faster.

Once you’ve identified and corrected what part you had in the failure, find the lesson in it and APPLY APPLY APPLY! Every “failure” is just a proven way NOT to do something, so every time you try, you’ll learn more and more about what TO do. If you can find the breakthrough in the breakdown, then you can move forward with better choices to secure success! You’re a few (or a hundred) steps closer by figuring out what not to do as long as you implement the lesson learned instead of being defeated by the outcome.

After being told that, “He possesses minimal football knowledge and lacks motivation,” Vince Lombardi, best known as the head coach of the Green Bay Packers during the 1960’s where he led the team to three straight and five total NFL Championships in seven years, replied, “It’s not whether you get knocked down; it’s whether you get back up.”

In order to receive the blessing waiting for us around the corner of learned experience, we must learn to release our “failures” so they are no longer a part of our identities. Learn to trust in yourself. If you learn from your mistakes, then there’s no reason to let them define who you are.

Surround yourself with learning opportunities, good education, people who care about your success, and let go of the garbage in your past. If you hold onto your errors, you will keep making them.

A reporter once asked Daniel Boone if he had ever been lost in the wilderness. Boone thought for a moment and replied, “No, but I was once bewildered for about three days.”

6) Use Failures as Fuel

Let the setbacks in your past fuel your desire to move closer to what WILL work in your life. You can either be defeated by your past choices or you can use it as fuel and strive for better. I’m not sure why you’d want to choose the former and be defeated by failures, but if you simply make the commitment to continue showing up and doing your best, you’ll come out on top.

Then, when you improve your game, look back on all you’ve accomplished and acknowledge your growth.

“I’ve missed more than 9000 shots in my career.
I’ve lost almost 300 games
26 times I’ve been trusted to take the game-winning shot… and missed.
I’ve failed over and over and over again in my life. That is why I succeed.”
~ Michael Jordan

When you learn from failure, you win. There is little to no way around this, so instead of letting it define you, let it propel you.

How have you failed recently, and what can you learn from the situation? Do you expert advice in the form of education or coaching to advance your past mistakes into future successes? We can help. See if you qualify for assistance by speaking with a Business Development Consultant today at (800) 473-6051.

Remember, your greatest failure is the failure to try. As long as you keep trying, then you continue to move closer and closer to success.

Have a deal under contract that you would like a quote on? Let us know. You can fill out a quick questionnaire at CogoCapital.com to receive a rate quote via email or you can call us anytime at (800) 747-1104 to talk to a loan officer. With millions deployed and millions to deploy, we want you to get the capital you need for your real estate investing. 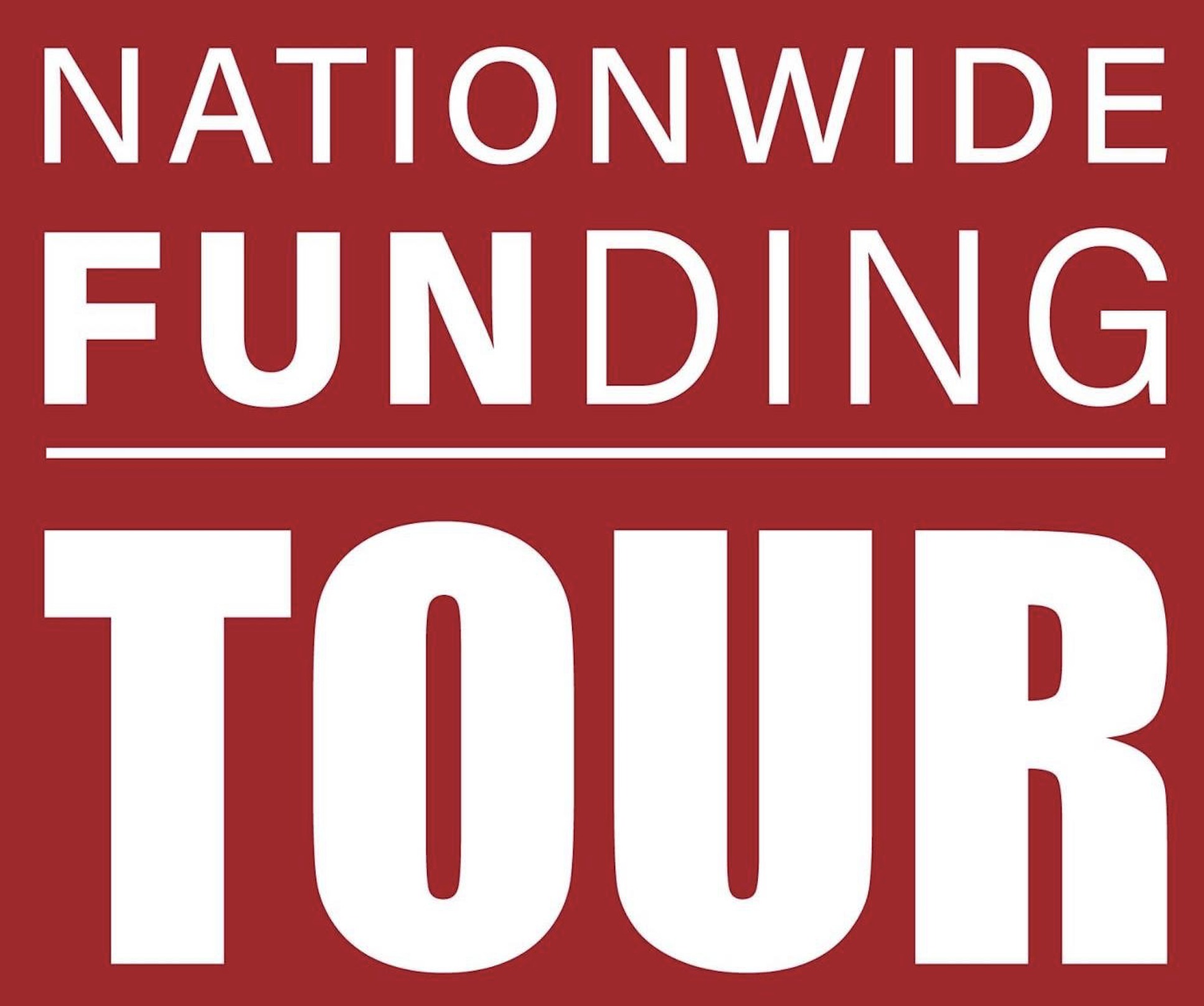 The Importance of Systems

Since humanity learned to grow grain, harvest it, mix it with other things, and apply heat, we've relied on...